Produced for The Israeli Educational Television

Lost in Squares is a unique and engaging comic edutainment series that brings the world of math to life through sketches that combine fantasy and humor.

By using the green screen technique we created a rich, wacky, and vibrant world – a world in which everything is possible, a world which serves a backdrop to illustrating key mathematical principles by demonstrating how they relate to a child’s daily life.

The two hosts and their guests teach each other various mathematical terms, and how they apply in the real world. This is done by taking the young viewers on a fantastical voyage with a wide gallery of characters and sketches that include Game of Thrones, Alice in Wonderland, Start Trek, Babylon Tower, sports, super heroes, pirates. In short, a rich and entertaining show. 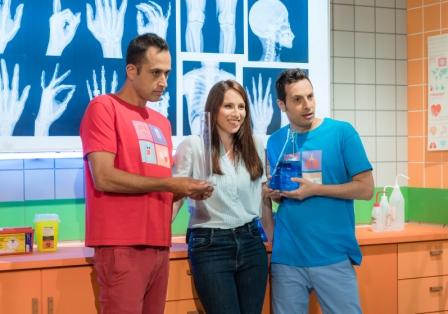